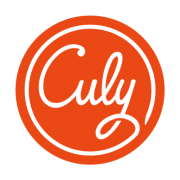 The Great Gatsby – “On buffet tables, garnished with glistening hors-d’oeuvre, spiced baked hams crowded against salads of harlequin designs and pastry pigs and turkeys bewitched to a dark gold.”

Alice in Wonderland – “Have some wine,” the March Hare said in an encouraging tone. Alice looked all round the table, but there was nothing on it but tea.”

Fear and Loathing in Las Vegas – “You goddamn honkies are all the same.” By this time he’d opened a new bottle of tequila and was quaffing it down….He sliced the grapefruit into quarters…then into eighths…then sixteenths…then he began slashing aimlessly at the residue.”

Moby Dick – “Our appetites being sharpened by the frosty voyage, and in particular, Queequeg seeing his favorite fishing food before him, and the chowder being surpassingly excellent, we despatched it with great expedition…”

Oliver Twist – “Child as he was, he was desperate with hunger, and reckless with misery. He rose from the table; and advancing to the master, basin and spoon in hand, said: somewhat alarmed at his own temerity: ‘Please, sir, I want some more.’”

The Bell Jar – “Then I tackled the avocado and crabmeat salad…Every Sunday my grandfather used to bring me an avocado pear hidden at the bottom of his briefcase under six soiled shirts and the Sunday comic.”

The Metamorphosis – “There were old, half-rotten vegetables; bones from the evening meal, covered in white sauce that had gone hard; a few raisins and almonds; some cheese that Gregor had declared inedible two days before; a dry roll and some bread spread with butter and salt…”

The Catcher in the Rye – “When I’m out somewhere, I generally just eat a Swiss cheese sandwich and a malted milk. It isn’t much, but you get quite a lot of vitamins in the malted milk. H. V. Caulfield. Holden Vitamin Caulfield.”

The Secret Garden – “Roasted eggs were a previously unknown luxury and very hot potatoes with salt and fresh butter in them were fit for a woodland king—besides being deliciously satisfying.”

To Kill a Mockingbird – “‘Gracious alive, Cal, what’s all this?’ He was staring at his breakfast plate. Calpurnia said, ‘Tom Robinson’s daddy sent you along this chicken this morning. I fixed it.’ ‘You tell him I’m proud to get it—bet they don’t have chicken for breakfast at the White House.’”